Rising Influencers: Deaf Women Who Are Breaking Barriers and Changing the World 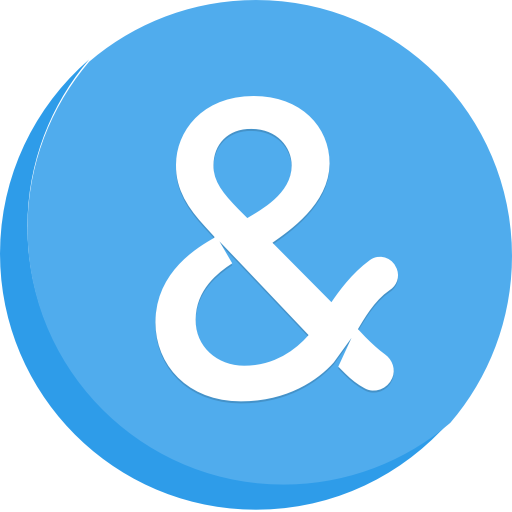 The month of March is dedicated to celebrating womxn’s history. With all the outstanding women surrounding this milestone, let’s not forget about the ‘extra’ ordinary ladies who have helped pave the way to make it possible — especially those who have been warriors for gender equity for Deaf and hard-of-hearing women.

While the list of notable contributors to this momentous celebration is long, here’s a look at some present-day inspirational and tenacious trailblazers who are making history and changing the world for the better.

If you are not already aware, Marlee Matlin is one of the most famous Deaf actresses in America. At 18 months old, Marlee battled an illness that left her Deaf in the right ear and 80% Deaf in her left ear. As a young child, her parents enrolled her in an acting program at the Center on Deafness, not knowing it would influence her early passion for acting, leading to a successful career and transforming her into the amazing actress that she is today.

When she was a child, her first leading role was actually Dorothy in the production of Wizard of Oz. With a thriving career spanning over 30 years, Marlee has helped bring Deaf acting into the mainstream. She was also the first Deaf woman to win an Oscar for Best Actress, for Children of a Lesser God, back in 1987.

Marlee’s latest groundbreaking role in Apple TV+’s CODA won accolades this awards season for its authentic portrayal of the American Deaf experience, including the Oscar for Best Picture.

One of her most valuable contributions was her push to ensure Deaf actors were playing Deaf characters. While casting, the studio originally sought to cast her Deaf husband with a well-known hearing actor, but Marlee said she “put her foot down” and threatened to leave the production if they cast a hearing actor.

“If you do, I’m just out, that’s it. I can’t see any actor putting on the costume of being deaf. We are not costumes to put on, not any longer” — Marlee Matlin on casting a hearing actor in CODA

And, if you are familiar with the current TV series Switched at Birth, she plays the role of a Deaf teacher named Melody Bledsoe. She has also starred in ER, Desperate Housewives, The West Wing, Quantico, and appeared in Reasonable Doubt. In addition, Marlee is a spokesperson for the National Captioning Institute and was very instrumental in helping pass a law requiring closed captioning on TV.

Despite being legally deaf, Marlee pursued a professional acting career and has become a leader in breaking down barriers, proving that with perseverance anything is possible for Deaf women everywhere.

In early childhood, Haben became Deaf and Blind (she currently only retains 1% of her sight) due to an unknown progressive medical condition. Having grown up as a person with disabilities, Haben was determined to be a force of change for others struggling with similar disabilities like herself.

In 2014, Haben continued her efforts, fighting for rights where they were deserved. She even gave a talk at TEDxBaltimore! There, she boldly confronted TED for not readily providing captions for all of their recorded TEDx talks, including her own.

Amongst her other accomplishments, Haben met with President Barack Obama at the White House to highlight the importance of accessible technology, where she provided introductory remarks on the occasion which happened to be on the 25th anniversary of the Americans with Disabilities Act. Former President Obama officially named her a White House Champion of Change.

In 2016 she presented at the Apple Worldwide Developers Conference, giving a talk on accessible design. As an activist, Haben Girma has chosen to use her disabilities to enforce change and to help create opportunities for innovation in an effort to build a better and more equitable society for all.

In her keynote speech at vGHC ‘21, Haben framed disability not as a burden but rather as an opportunity for innovation. “If you’re faced with a constraint, pause and reflect on alternative ways. When you come up with an alternative solution, often times it benefits the entire community of disabled people and non-disabled people.”

Haben helps us understand how important it is, especially in the tech industry, to celebrate and champion the ways in which we are different and diverse and what a difference that would make to the tech we can create.

Hermon and Heroda Berhane: The duo pushing for better representation

Hermon and Heroda Berhane are Deaf identical twin sisters, pushing Deaf awareness forward and working towards better representation for those who are Deaf or hard-of-hearing.

As lifestyle bloggers and influencers, the two have launched Being Her, a successful fashion and travel blog along with a popular Instagram account to use as channels for Deaf advocacy and to educate and empower their audiences.

Part of their motivation for establishing their blog came from the fashion industry’s lack of accessibility. They were dedicated to pushing for equality and took steps to encourage people to discover their own individuality.

At the young age of seven, the twins suddenly became Deaf — at the same time. The reason for it is still unknown. Beyond introducing Deaf awareness through their blog and social media platforms, the duo is working hard on diversity efforts and also trying to change negative stereotypes and attitudes regarding Deafness.

In a CNN interview, the twins mentioned their mission is simple: “We want to tell people around the world that you should embrace disability, not hide from it”.

“We want to tell people around the world that you should

embrace disability, not hide from it”.

Not many fans know that Millie Brown, most recognized for her starring role as Eleven in the hit TV series Stranger Things, is completely Deaf in one ear. As one of the youngest people to ever receive an Emmy award, Millie has not only emerged as a renowned actor, but has also launched a career as a model and producer.

At just 18 years old, she is quickly rising as a positive role model for Deaf youth around the world. Most recently, she has begun to sing, although she can’t hear herself fully perform.

With a can-do attitude like Millie’s, it is no wonder why other young girls and women are taking inspiration from her. Following her debut on Stranger Things, her Instagram followers ballooned from 25 to 4.2 million.

“If you like to do it, if you genuinely enjoy doing it, then do it. No one should stop you.”

Millie was born with partial hearing loss and over time, her hearing faded away after years of tubes, leaving her completely Deaf in one ear. Even though she had difficulty hearing on set, she did not let that sidetrack her path to stardom.

Indeed, Millie Brown is a living testimony that hearing loss has no impact on someone’s talent. In fact, she refuses to let her hearing loss define her and is using it to empower others to pursue their dreams.

Nancy Rourke is an internationally known artist whose work focuses on Deaf experiences, known as Deaf View/Image Art. Throughout her career, she has worked tirelessly to promote a deeper, more authentic, and revolutionary understanding of what it means to be Deaf and is also very involved with implementing an art curriculum known as De’VIA for Deaf children.

Nancy’s family first discovered she was Deaf when she was six years old. Prior to finding out, Nancy always used art as a way to express herself. Surprisingly, she did not even learn ASL until she attended college at RIT, where she earned a BFA in painting, and later an MFA.

As a Deaf artist, Nancy uses her work to educate the public about the meaning of identity, acceptance, Deaf history, and empowerment, with the hopes that she can use her talents to paint a real representation of the Deaf and hard-of-hearing community.

As a YouTuber, writer, streamer, and public speaker, Rikki Poynter is breaking down barriers on many fronts. Across all mediums, Rikki addresses topics surrounding Deafness, mental health, disabilities, accessibility, and much more. She is most well known for her viral video “Shit Hearing People Say,” which now has a record amount of over 530,000 views.

Rikki is also an activist, making large efforts for proper closed captioning. In an attempt to urge people to use them, she launched a campaign called #NoMoreCRAPtions in 2016, which is still ongoing many years later. She provided a tutorial to spread awareness on how to properly caption video content.

She has recently continued to campaign for more captions, using the hashtag #LIGHTSCAMERACAPTION as encouragement for others to join the movement.

To learn more about Rikki Poynter, visit her RikkiPoynter.com.

Because of inspiring Deaf women like Rikki, we are witnessing advancements in equality, inclusion, and accessibility for all. At its core, Ava’s mission is to improve accessibility. Ava offers Closed Captions, empowering over 450M Deaf & hard-of-hearing people and inclusive organizations with an accurate live captioning solution designed to work for any situation.

To learn more about Ava and our accessibility solutions, click here.

Deaf Women Making a Difference Through History into the Present

Each day, Deaf womxn around the world are fearlessly pursuing their dreams, breaking records, and proving that Deafness is only one aspect of who they are. Through confidence and determination, they are creating milestones that need to be applauded and supported. During womxn’s history month, we must take the opportunity to recognize all womxn — Deaf, hard-of-hearing, or not — who are taking leaps to make the world a better place through forces of change.